Working long shifts can be grueling no matter what the job is, but take those long shifts and put them on a concrete floor in an IT data center that is approximately 55,000 square feet and you have a recipe for a tough time. That was the case for Ahmad, whose back and knees were paying the price on a daily basis during his long, 12 hour shifts. He constantly felt sharp pains running up and down his legs, his back always ached (even while sitting), and he found that the constant nagging pain throughout his body was ruling his life. He found himself not wanting to do anything after work or on his off-days due to the pain and fatigue. He loved his job, but he had started to resent it due to the effects it was having on his body. 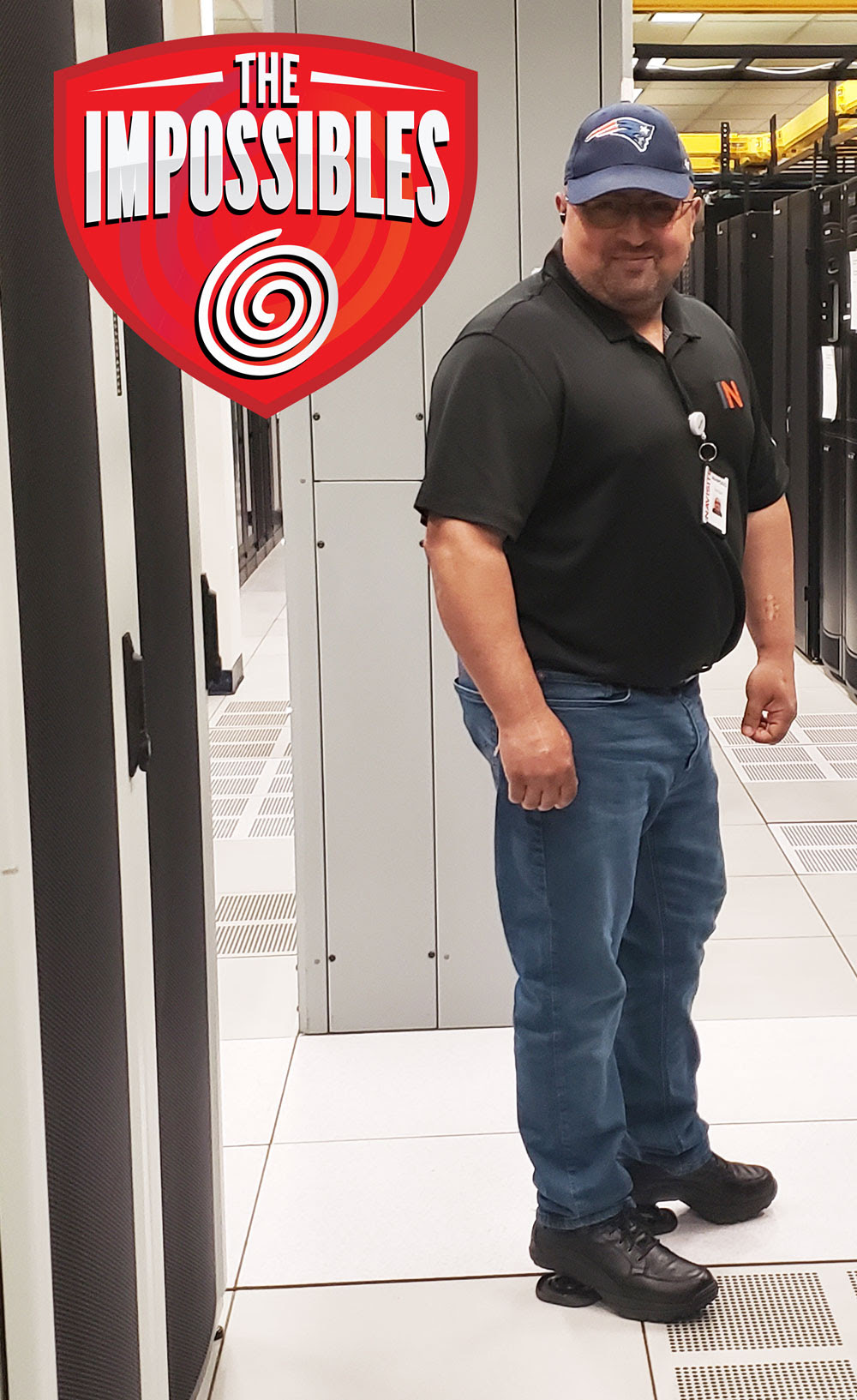 Then one day a co-worker in some odd-looking shoes walked by and Ahmad's curiosity got the best of him. He asked her what in the world she was wearing on her feet, and she replied, "Z-CoiLs!" She then began to tell him about how life-changing they were, and how they took all of her aches and pains away, and gave her more energy. Ahmad was skeptical that a piece of footwear could really make that much of a difference, but since his coworker worked the same job as him, on the same hard floor, he figured he would give Z-CoiLs a shot.

And boy, was he glad he did! From the first day that Ahmad wore a pair of Z-CoiLs to his job, he felt a huge difference. There was a significant reduction in pain, and his level of fatigue was much more manageable. No more sharp pain running up and down his legs, no more back aches, and no more constant pain throughout his body.

Ahmad found the relief that he had been searching for on his impossible journey, and now Z-CoiLs are a daily part of his life. He still works the same job in that same data center, and he still walks those 8000 steps a day, but now he doesn't feel pain or fatigue, and he enjoys every aspect of his job. He even has energy to spare once his shifts are over. That sounds like a success story to us!